The Aura of Love 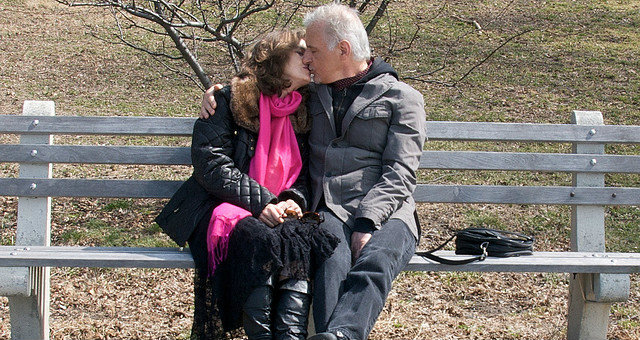 I worked with John, but I had enough sense to walk just a little ways behind him. I could have made more records, but I wanted to have a marriage. 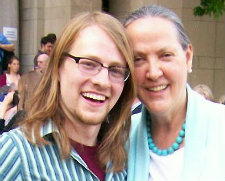 I just returned from a long week-end with my nephew who is studying to be an elementary school teacher. He’s the third generation in our family to study at Vanderbilt.

My mother went there in the ’30s and came home early to take care of her father who was terminally ill. My sister Virginia studied in Peabody for a summer, and was glowing when she returned. Both are deceased, but I know they would be especially proud of him.

While there, we visited some of the amazing sites in the music city, Nashville. We went to the Grand Ole Opry, and heard songs that resonated from my youth. We visited the full-scale replica of the Parthenon, which brought back memories of the Acropolis and Greek myths, and the Upper Room Chapel and Museum, a sacred place to pray and a museum housing splendid medieval works of art.

But the site that touched me most was the Johnny Cash Museum. 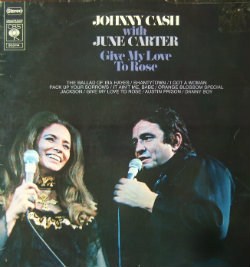 Having grown up hearing his heartfelt, sometimes forlorn music, I took him for granted. I knew about his struggles with addiction and how the woman who became his wife, June Carter Cash, helped him overcome it.

Contrary to his first wife’s perspective, as told in her book I Walked the Line, I had heard that he pursued June until she finally accepted his proposal of marriage.

Theirs was one of the great love stories of the 20th Century. The love they shared was deep and clear. When they sang love songs, like in Johnny Cash Live in Denmark 1971, their love shone through. I was particularly touched by the phrases they sang, “I don’t care what’s right or wrong; I don’t try to understand,” from Kris Kristofferson’s Help Me Make it Through the Night. The mysterious aura of love a couple has for one another is palpable, and the bards of our day have expressed it beautifully.

When counseling couples, I love being in their aura of love.

Sometimes they can no longer feel this love because over the years things have been said or done that build a veil that shrouds their love. However, in a few sessions couples usually break through this wall by learning to let go of a desire to understand, and learn a powerful communication technique that will help them listen to and validate each other. When couples get to the point where they rediscover their love and communicate that clearly to each other, I feel a joy like no other.

However, the romantic love experienced by a couple that bears the fruit of lives bonded by years of sharing is surely one of the sweetest loves that life has to offer. Allow me to help you renew your love.